Lead poisoning from lead in pipes. Pineo is fortunately free of lead

Lead used to be commonly used in drinking water pipes. Since 1960 the construction of lead pipes is no longer allowed, but old houses and for example school buildings often still have lead water pipes. Even new piping new homes and components such as fittings and faucets can contain and (temporarily) give off lead. You can also find lead in food (such as bread, tea and beer), old coats of paint, and copper piping pipes soldered with lead. Prolonged exposure to lead can lead to anemia, kidney function disorders, disorders of vitamin D, metabolism and neurotoxicity, among others.

ALSO in Belgium and NL, thousands of children suffer from lead poisoning

Worldwide, 800 million children, or one in three, are affected by lead poisoning. In Belgium, more than 400,000 children have blood lead levels of 5 micrograms or more per deciliter. In the Netherlands, nearly 60,000 children are affected. That’s according to a 2020 report by Unicef and Pure Earth. In the Netherlands and Belgium, lead poisoning comes mainly from lead water pipes, which significantly increases lead levels in drinking water. This can result in permanent brain damage, behavioral problems and lower intelligence. 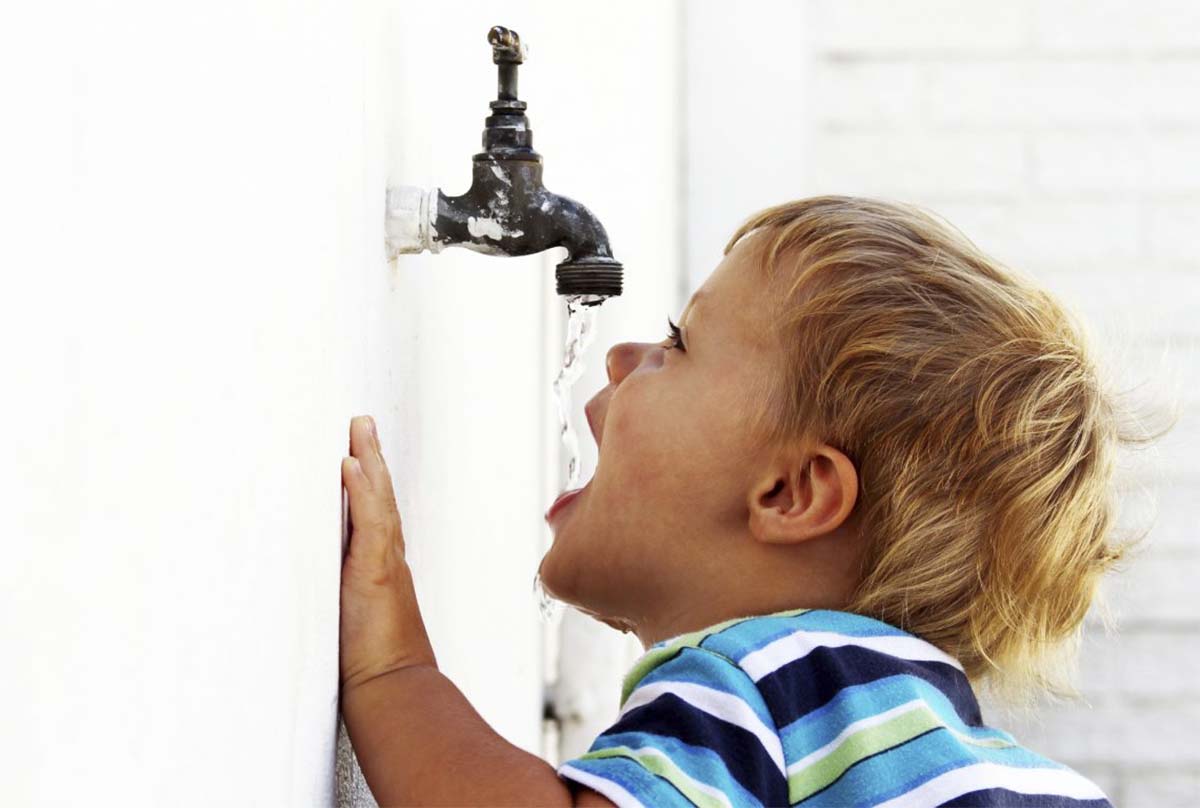 ALSO in Belgium and NL, thousands of children suffer from lead poisoning from lead in pipes

Why is lead so dangerous?

According to research by the University of Florida, lead in particular has a (neuro)toxic effect. Lead enters the human body through the skin (hydration), digestion (nutrition), respiratory system (atmospheric pollution), placenta (blood and breast milk) or conjunctiva. Babies and children under the age of five are especially vulnerable because their intestines absorb the toxic metal more easily and their brains are still developing rapidly. Currently, the applicable standard in drinking water is a maximum of 0.01 mg/L, which also applies in the EU.

Filter systems can provide a (temporary) solution when there is too much lead in drinking water, research shows. But replacing the pipes remains best. International research shows that filters are available that effectively remove lead from the water, but a vulnerability includes maintenance. After about three months, filters become saturated and must be replaced. They can also become a breeding ground for bacteria. Best advice: have lead water pipes replaced as soon as possible.

With lead pipes, this applies (especially) to babies, children up to age 8 and pregnant women:

A recent analysis of Pineo natural mineral water shows that the water is free of lead! 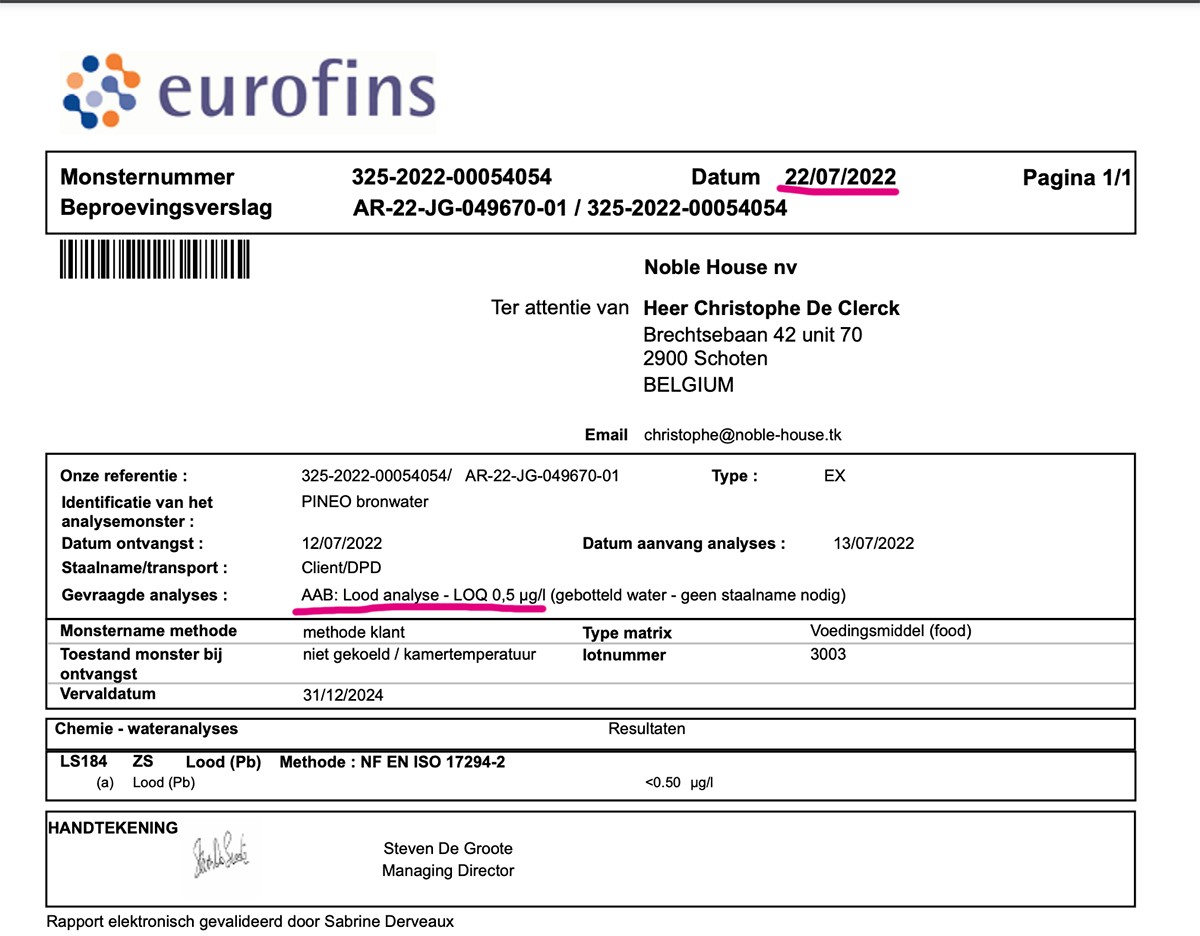