Contaminated groundwater occurs on a large scale in Belgium and the Netherlands. Think of places where gas stations, garages, chemical laundries or gas plants are (or were) located and agricultural land where banned pesticides are used. We list the 10 most contaminating substances of soil and groundwater in Belgium and the Netherlands for you. These substances can ALSO be found in tap water and some mineral waters. The good news is that the natural mineral water Pineo does not contain any of these toxic substances.

1. Heavy metals in our tap water

The most common contaminant is heavy metals such as lead, mercury, zinc, nickel, chromium, cadmium, arsenic and copper. These enter the environment in many ways. Once in the body, they can cause organ damage, anemia, asthma, decreased fertility, lung and skin cancers and nervous system damage.

Polycyclic aromatic hydrocarbons, or PAHs, are substances created during combustion or charring and are also found in tar, asphalt and ash residues, among other things. They are also added to products made of plastic or rubber to give them elasticity. They are carcinogenic and highly toxic. PAHs in soil and water do not break down properly and thus accumulate.

Will the disturbing pollution of soil and groundwater soon make this picture a rarity?

Chemicals with endocrine-disrupting properties can be found in toys, food packaging and cosmetics, among others. Other known endocrine disruptors are flame retardants, which make clothing, furniture, paint and carpeting, for example, less flammable. Doctors are concerned about the effect of these endocrine disruptors on sex organ development such as genital malformations in baby boys, among other things. Reduced fertility is also more common.

4. Nitrogen in our groundwater

Through the manure of pigs and cows, nitrogen also ends up in the soil and water and thus also in our tap water. Nitrogen can be converted into ammonia, nitrite and nitrate. These are substances that dissolve very easily in water and are quite harmful. High concentrations of nitrate in water can lead to excessive algae growth, especially when it is warm. Some algae can also produce toxins themselves. 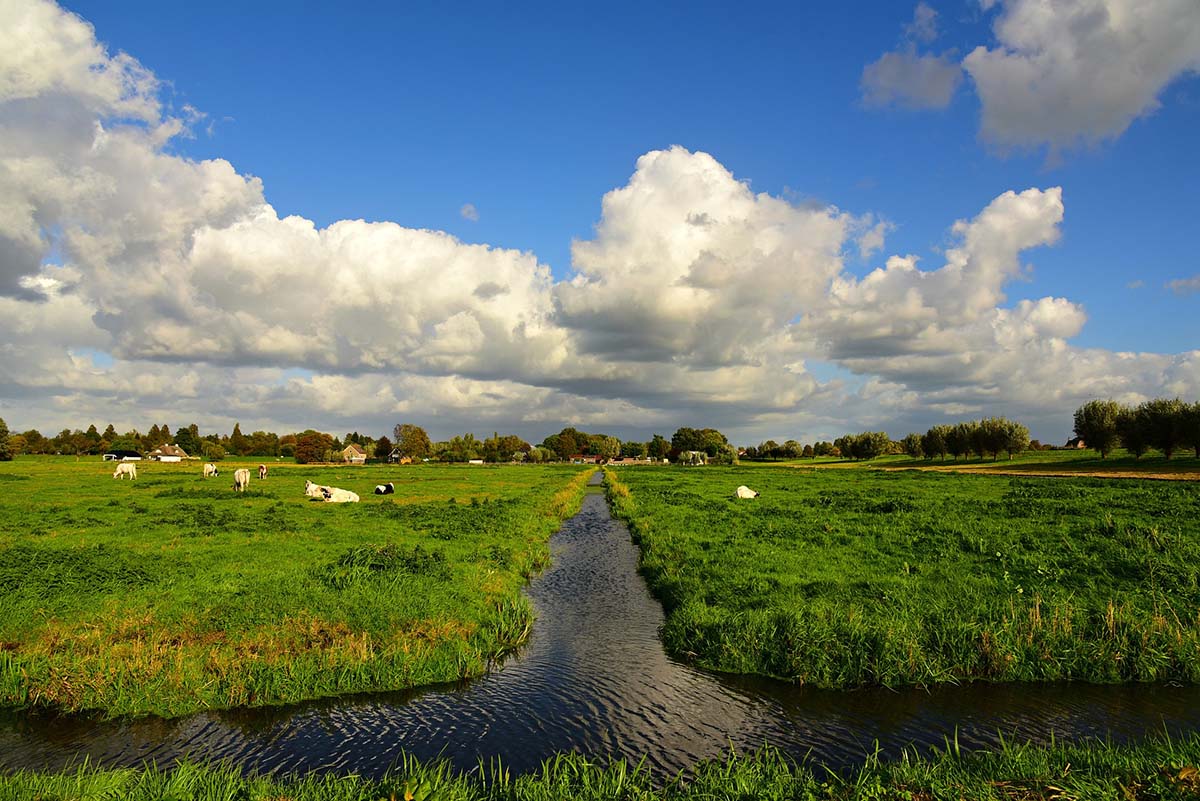 Through the manure of pigs and cows, it also gets into the soil and water. And so does our tap water.

Persistent organic pollutants or POPs are toxic chemicals, which are not or hardly biodegradable, so they can accumulate in humans and the environment. Perhaps the best known are PCBs. The components can occur – sometimes in very small quantities – or be produced during specific industrial production processes. Often they then end up via wash water, (rain) rinse water, or gas washing water in the wastewater treatment plant, whether present or not, or via discharge into the sewage system.

6. Pesticides from agriculture in our waterways

Many pesticides are used in agriculture, which can accumulate in the body. For example, glyphosate is a very efficient herbicide that is soluble in water and breaks down relatively quickly in the soil. Through surface water, pesticides enter the bottom of watercourses.

PFAS are water and grease repellent, heat resistant and very strong. You can find them in the non-stick coating of frying pans, in textiles, cosmetics, fire extinguishing foam, detergents, lubricants and the coating of pizza boxes. PFAS can damage the immune system and cause cancer. The focus on PFAS in Flanders and the Netherlands is mainly linked to soil movement. Nevertheless, it is also found here in groundwater, drinking water and food.

Plastic breaks down into smaller and smaller particles. If they are smaller than 5 millimeters, we speak of microplastics. This includes the tiny plastic granules found in some cosmetics and those that come from the wear and tear of car tires or synthetic clothing, for example when they are washed. Because micro and nanoplastics are so small, they are everywhere: in the soil, in the water and in the air we breathe.  Microplastics are endocrine disruptors and carcinogens. 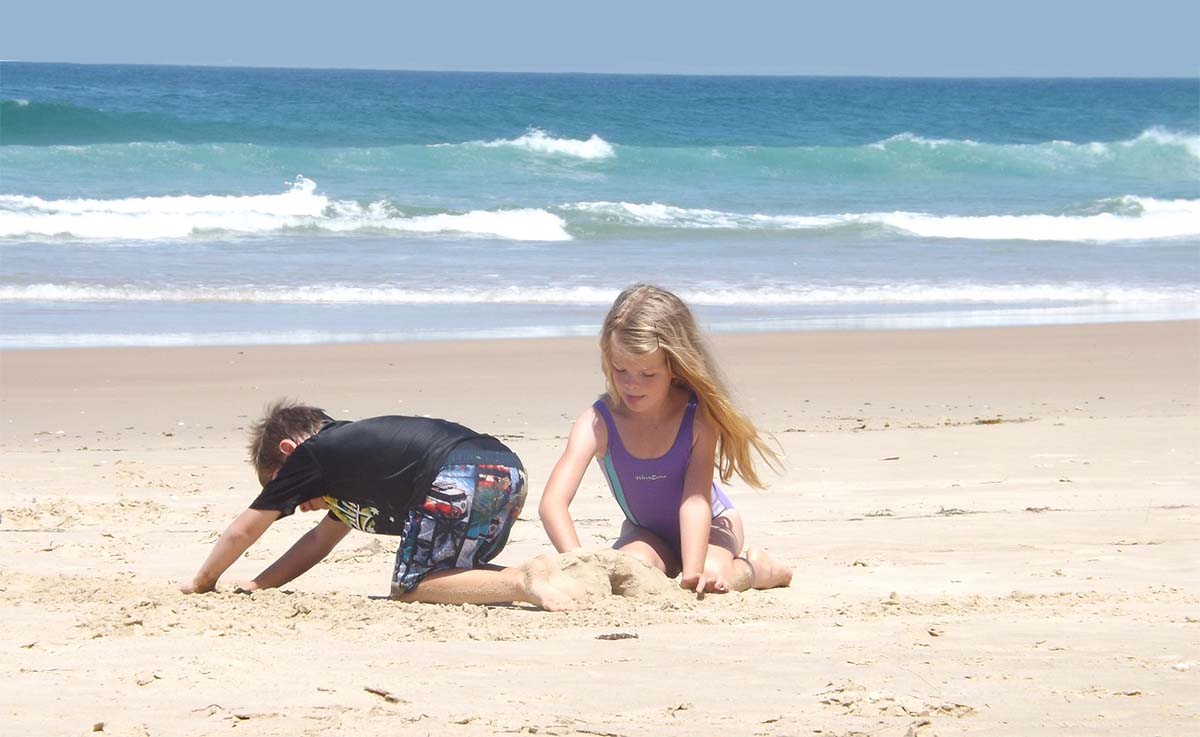 Microplastics are now everywhere: in all the seas, the mountains, down to the snow of the Arctic….

According to a 2020 RIVM report, at least 190 tons of pharmaceutical substances enter surface water in the Netherlands every year. For Belgium, the quantities involved are – comparatively speaking – similar. These include (residues of) antibiotics, antidepressants, painkillers and X-ray contrast agents.

Chromium-6 easily adheres to metals and is used in paint, wood, plastic and metal, among other things. It is a carcinogen that can enter the respiratory tract and is linked to lung cancer and multiple respiratory diseases. Only recently has it become known that chromium-6 is not only found in the soil, but that buildings and waterways are also contaminated with it.

The natural mineral water Pineo contains none of these toxic substances

Pineo had several studies done on its water, which comes from the depths of the Beneidó Mountains in Spain. This is because it is important to make quality measurable. Not only do you taste it, it can be substantiated. For example, a complete physical and chemical test of the Pineo water was done by Laboratory Oliver Rodés in 2014, concluding that Pineo contains 0% organic pesticides! See for yourself the SGS labtest and tests lab Oliver Rodés 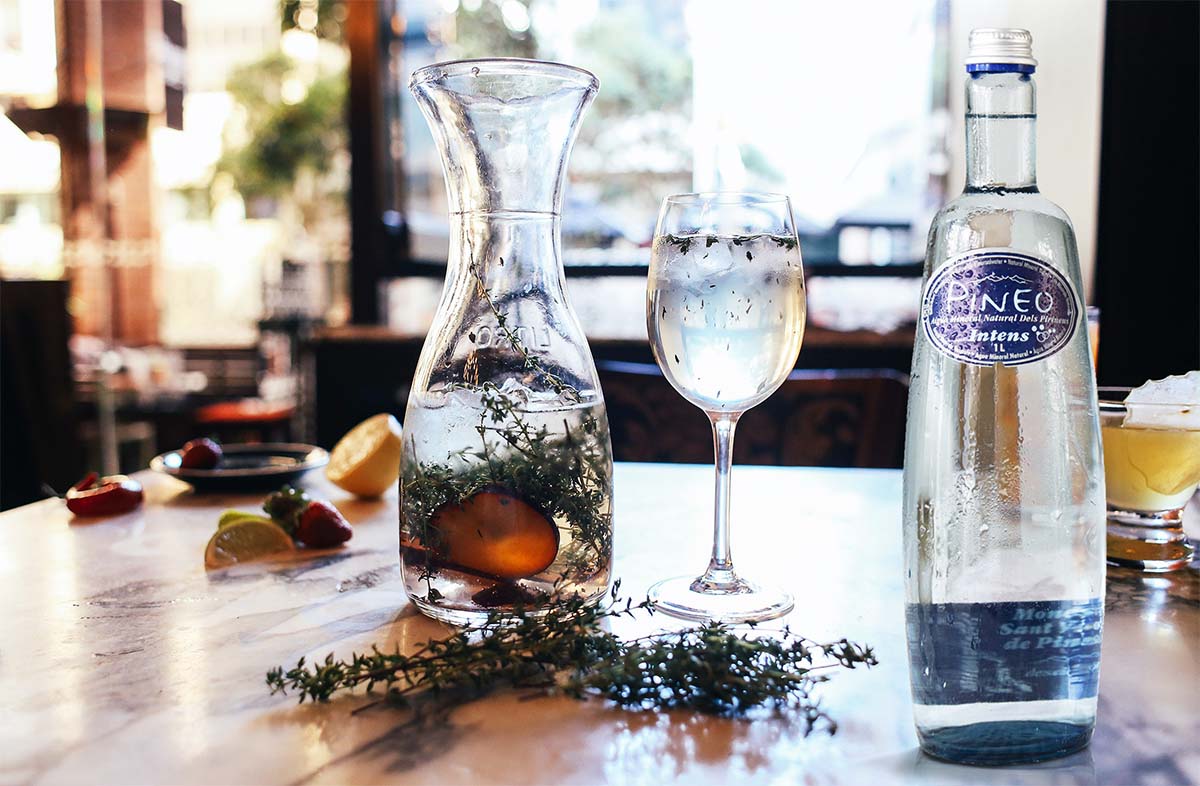 Fortunately, the natural mineral water Pineo is free of toxins and deliciously pure in taste