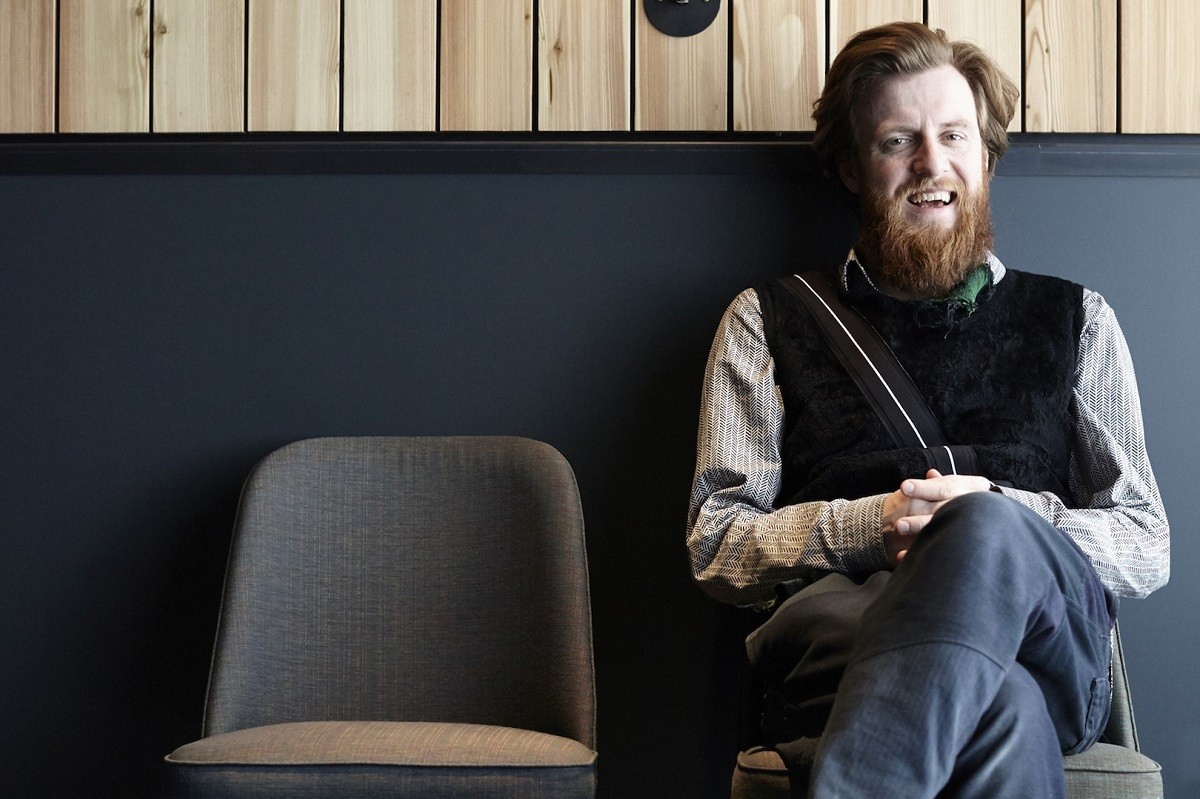 ‘It’s not just about selecting the right wine, but also about the right water,’ says sommelier Billy Wagner, owner of  the Michelin-starred restaurant Nobelhart & Schmutzig in Berlin, when it comes to his job.

The German was 26 when he  first began to pair water, wine and dishes. Water and wine are close relatives – a fact that Jesus was already well aware of. And while Billy cannot turn water into wine, as a sommelier he is a leading expert in combining water and wine in order to optimise the drinking experience. ‘A sommelier cannot automatically see from a diner which water or which wine they might prefer – the sommelier asks specific questions in order to unearth their preferences.’ Billy is now 20 years older and has been awarded the German sommelier of the year title on multiple occasions. 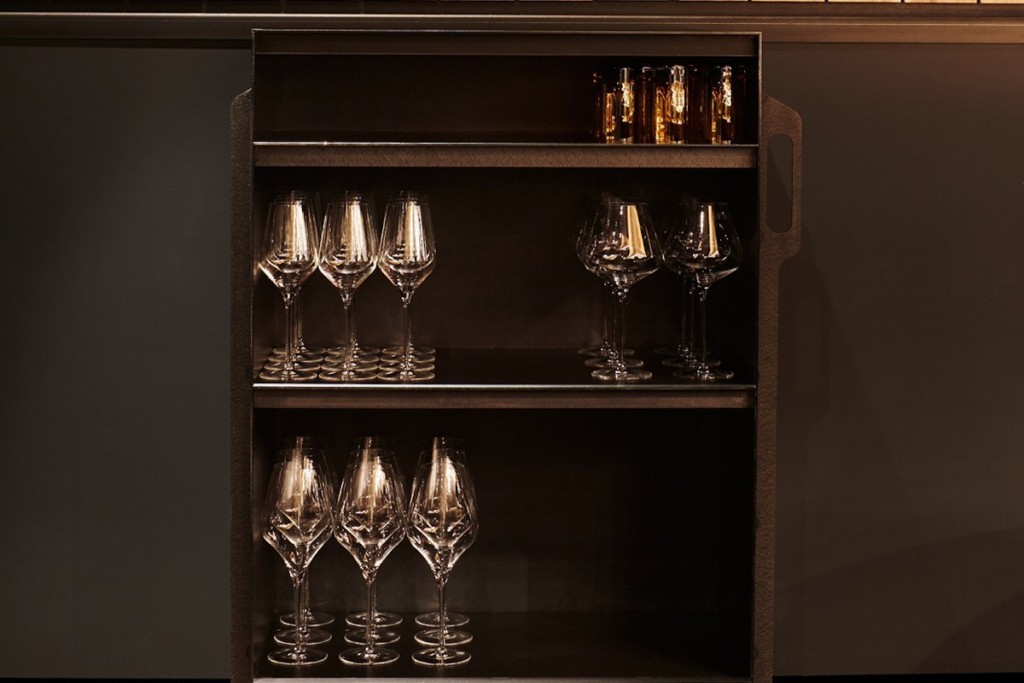 The wine glasses and water glasses ©foto by Marko Seifert 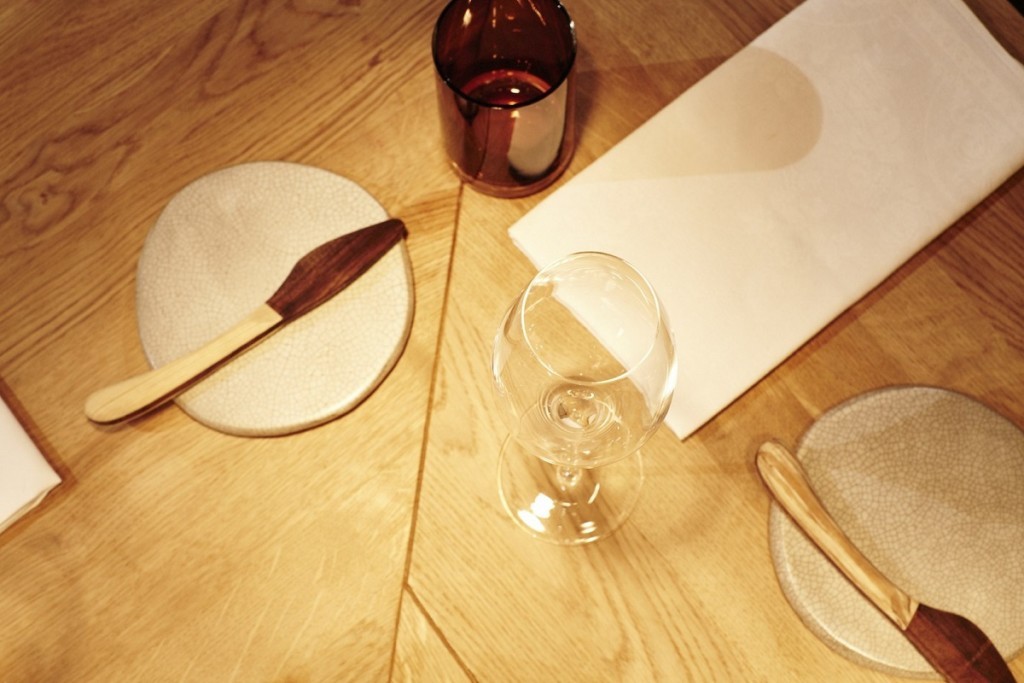 Half of the aperitif menu is actually a water menu. ‘Pineo moon water is my favourite of all the waters,’ says the sommelier.

Begeistert by water, the sommelier started working at Monkey’s Restaurant in Düsseldorf at the age of 26. Tau, Voss, San Pellegrino and many others were all available on the water menu. ‘My favourite water is Pineo moon water from Spain. Pineo has a truly fantastic flavour. What makes Pineo moon water so special is the fact that it is bottled when the moon is full. During full moon periods the nitrogen and oxygen content changes, which improves the flavour of this, one of the most exclusive of all waters.’ 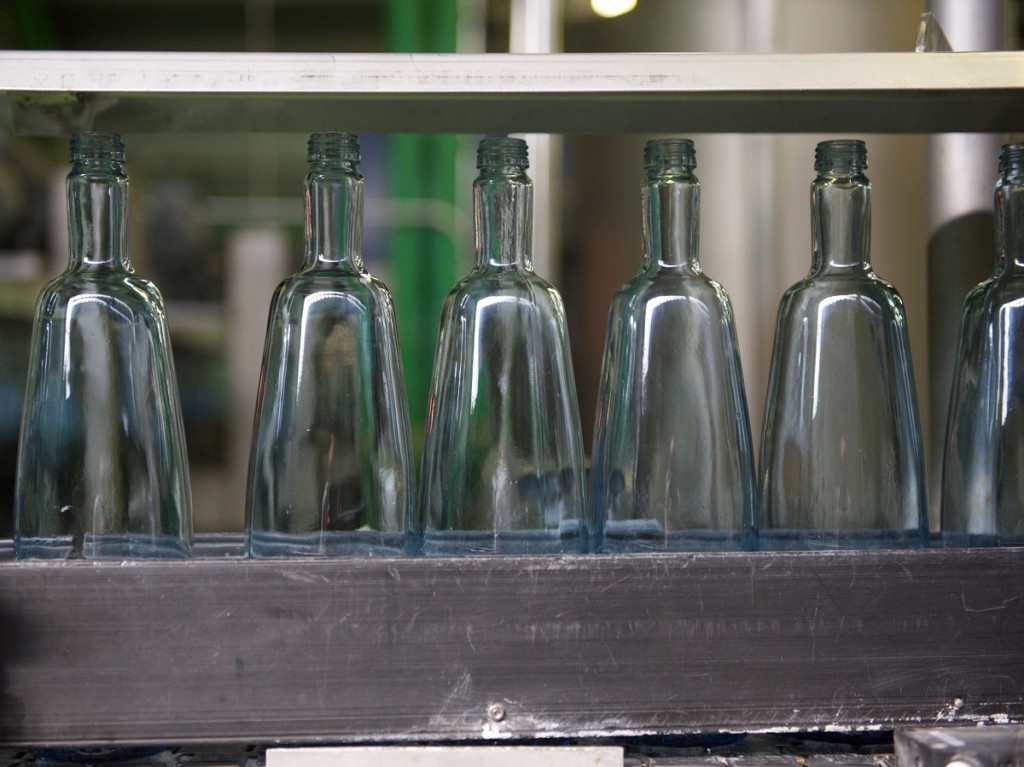 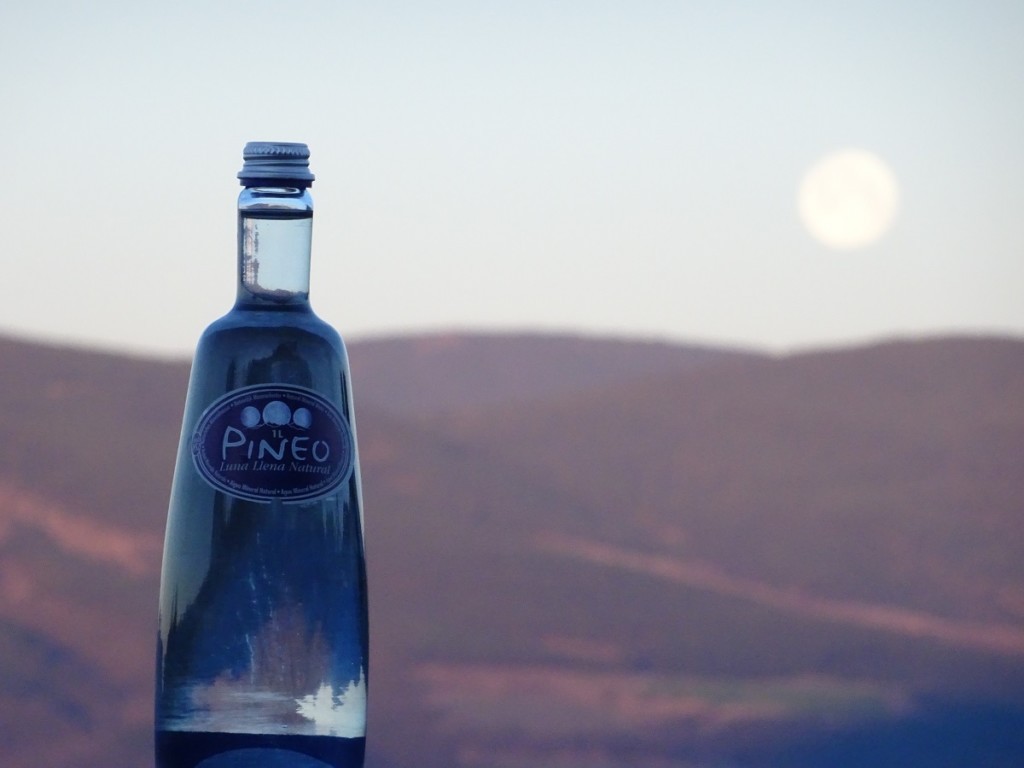 ‘Today, a great water menu is just as important as a good wine menu for a Michelin-starred restaurant. Half of all non-alcoholic drinks are mineral waters – more than all of the so-called health drinks and sodas combined.’- Bart Maes, co-owner of Pineo. 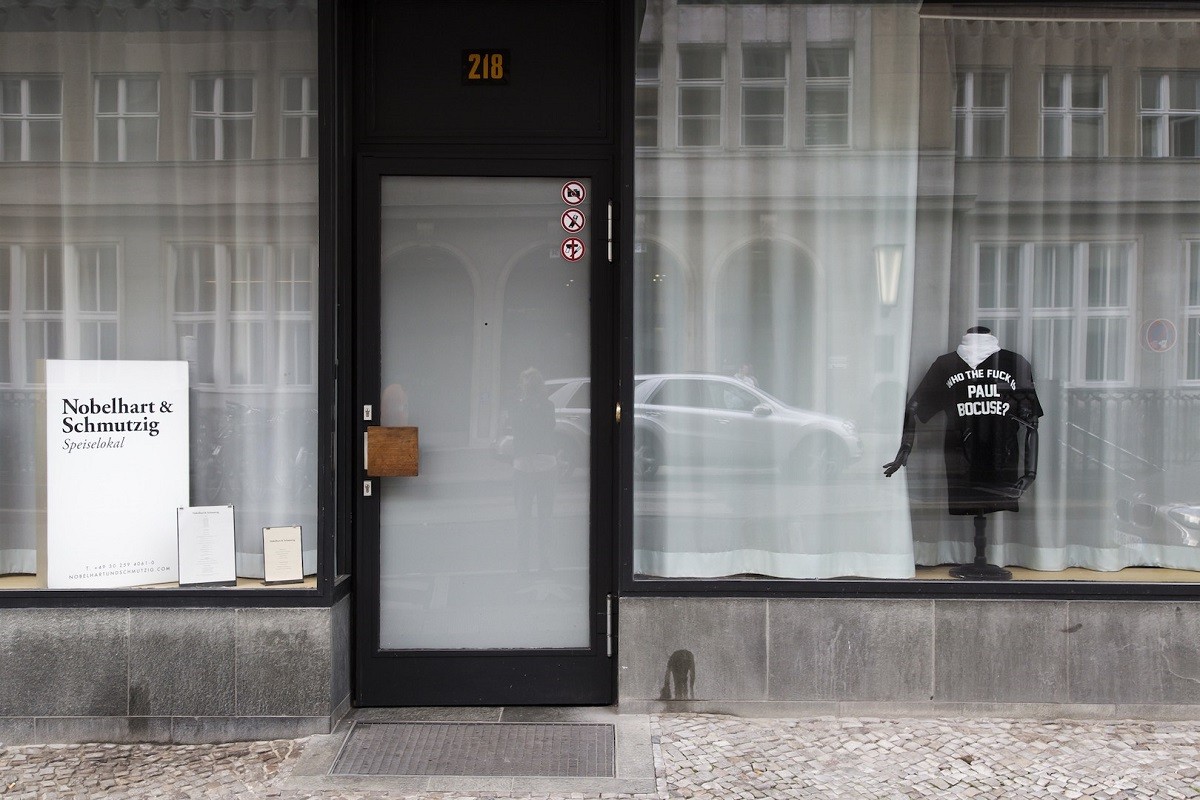 Frontage of the restaurant ©foto by Caroline Prange

The water that comes out of the taps in Düsseldorf is very hard, and while there is nothing wrong with it, it cannot be served as a drink together with culinary delights. ‘Water isn’t simply water, and not all waters are the same,’ says wine sommelier Billy Wagner. Billy has been awarded the sommelier of the year title twice, in 2011 and 2012, in 2010 he was crowned the sommelier of Berlin and in 2011 he won the Wein Trophy. An evening with the sommelier starts nobly, then gradually gets hardcore and finally drifts towards schmutzig (dirty talk). Billy Wagner is both eccentric and authentic. 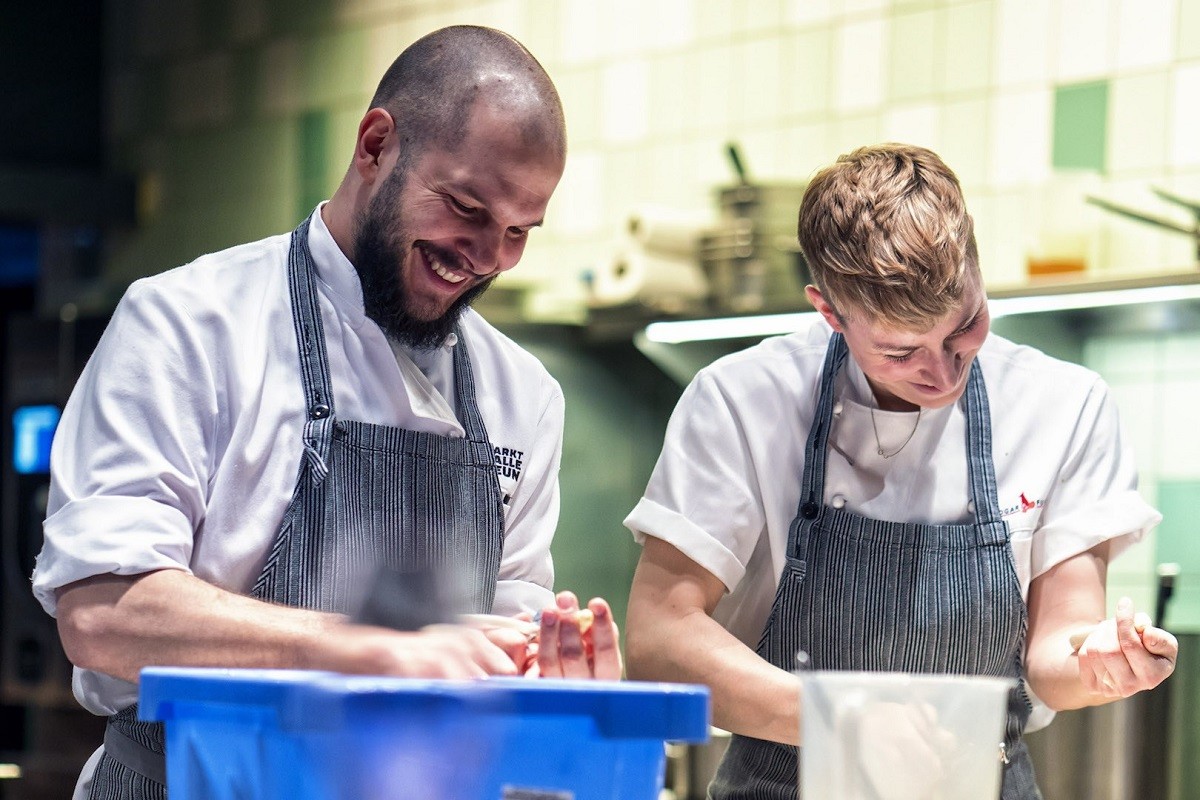 Nobelhart & Schmutzig – Speiselokal is a Berlin starred restaurant that offers both a gourmet and casual dining experience. It is listed in both the Michelin and the Gault Millau guides

The owner, sommelier and host is Billy Wagner, while Micha Schäfer leads the kitchen.

Urban chic, trendy and relaxed but professional service. A Michelin-starred restaurant that is full of local products – you won’t find limes, chocolate, tuna or curry on the menu, as they have to be sourced from too far away. Nor can you order foie gras, lobster or other luxuries. And you can’t dine à la carte either. But what you will always find is a ten-course degustation menu that does not neglect allergies or vegan lifestyles. Nobelhart & Schmutzig earned its Michelin star without having to rely on à la carte menus or tête-à-tête dining. The restaurant won its first star in 2015, barely nine months after opening its doors, and it was also graded 16/20 by Gault Millau. Meals are served at the large bar that surrounds the kitchen, and for bigger parties a grand oval table with a view of the kitchen is available. Water is served free of charge.

An outing to Berlin and a Michelin-starred restaurant experience? 16/20 in Gault Millau 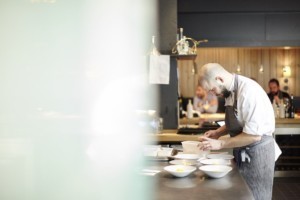