Four beautiful and classic yachts at sea: the Hispania, Tuiga, Mariska and The Lady Anne.

It has already become the biggest international regatta and event in southern Spain. The fantastic Marina Sotogrande, where this exclusive regatta is hosted, is located between the fashionable city of Marbella and the UK’s Gibraltar. The biggest drawcard event is, without a doubt, the four classic 15-meter class yachts that were built between 1908 and 1912. A total of 20 of these sleek wooden crafts were built, but today only four remain. Hispania, which was built for King Alfonso XIII and still sails under the Spanish flag today, won numerous races when it was captained by the King. The Tuiga, which was built for the 17th Duke of Medinaceli and is now owned by Prince Albert of Monaco. The Mariska, the oldest lady of the foursome and built for the famous Scottish sailor A.K. Stothert, now sailing under the Swiss flag. And then there is The Lady Anne, the smallest of the fleet at 22.9 meters and British-flagged, which was built for George Coates, a member of a wealthy Scottish family. 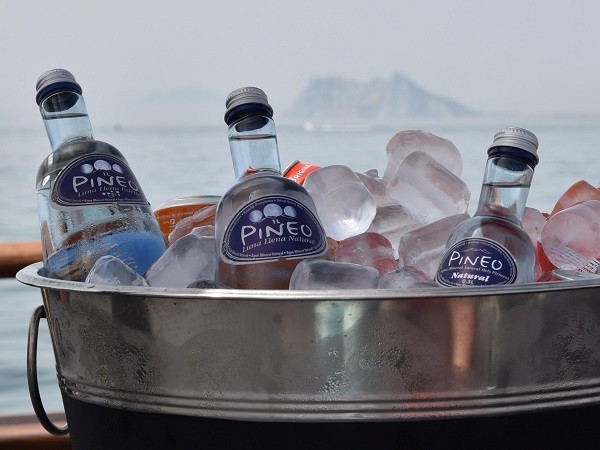 Pineo water for the sail crew 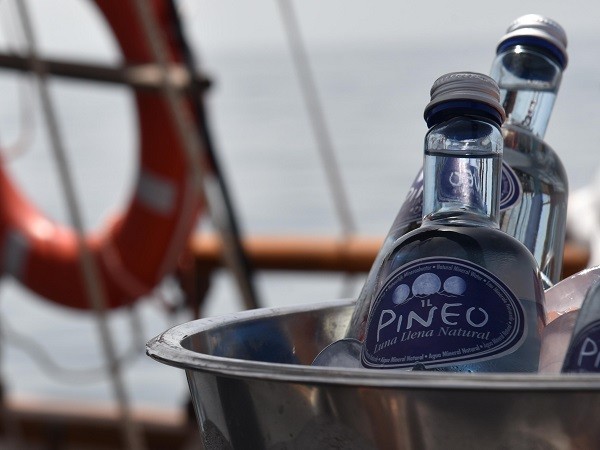 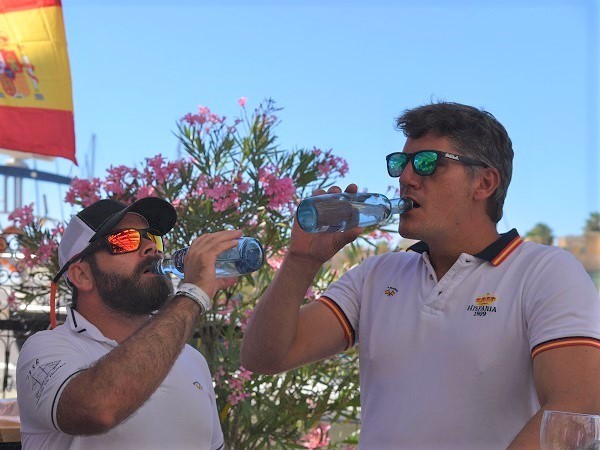 ‘Pineo was a real hit, and all the sailors and captains in this exceptional regatta loved their Pineo. Thanks in part to Pineo, the Marina Sotogrande Classic Week was a great success.’ – Emma de Acedo of www.rtvlifestyle.com and VenYou Events & Media 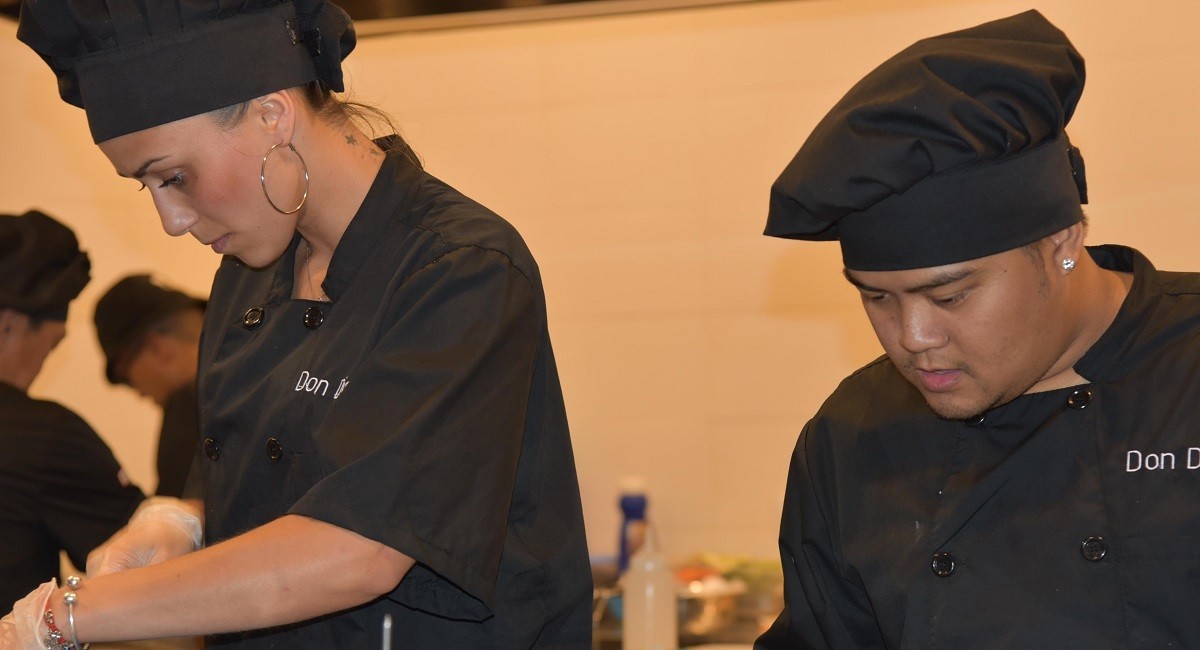 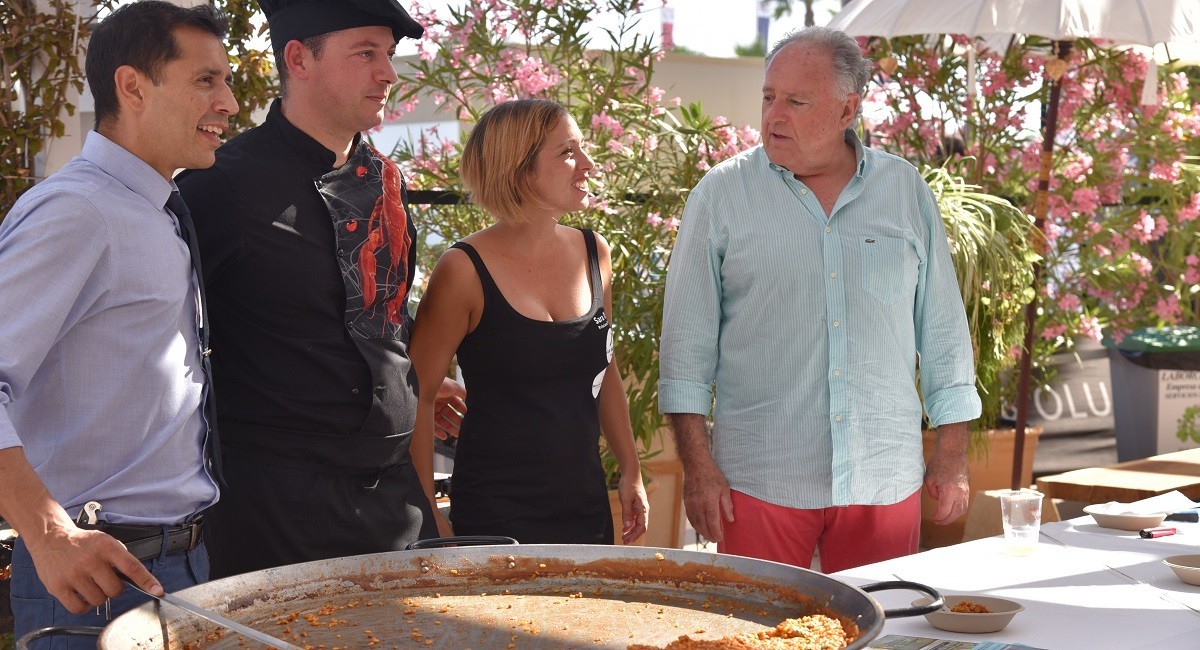 Juan Carlos 1 of Spain, the daughters of Sarah Ferguson, Duchess of York, Charlotte Casiraghi and Ana Rosa Quintana were all in attendance. Perfect shore-side catering for the prestigious Classic Week.

The ultimate European sailing ambience was created in Sotogrande and it became a wonderful gathering point for sailors and spectators alike – right in the centre of this major marina and on the promenades and in the bars and restaurants. Music, art and markets all contributed to making it an extraordinary event. And the glamour of sail together with well-known faces such as Juan Carlos 1 of Spain, the daughters of Sarah Ferguson, Duchess of York, Charlotte Casiraghi, Ana Rosa Quintana and many more were the cherries on top for the week.

The catering was provided by the famous Sotogrande Don Diego restaurant – delicious snacks from morning to evening. And in the hot weather the official mineral water Pineo was a very popular choice. And the crews aboard the four classic yachts were particular fans of the Spanish gourmet water, Pineo. Many litres of fresh Pineo water were consumed by the sailors in order to recharge their batteries, while beer was the popular choice post-race. 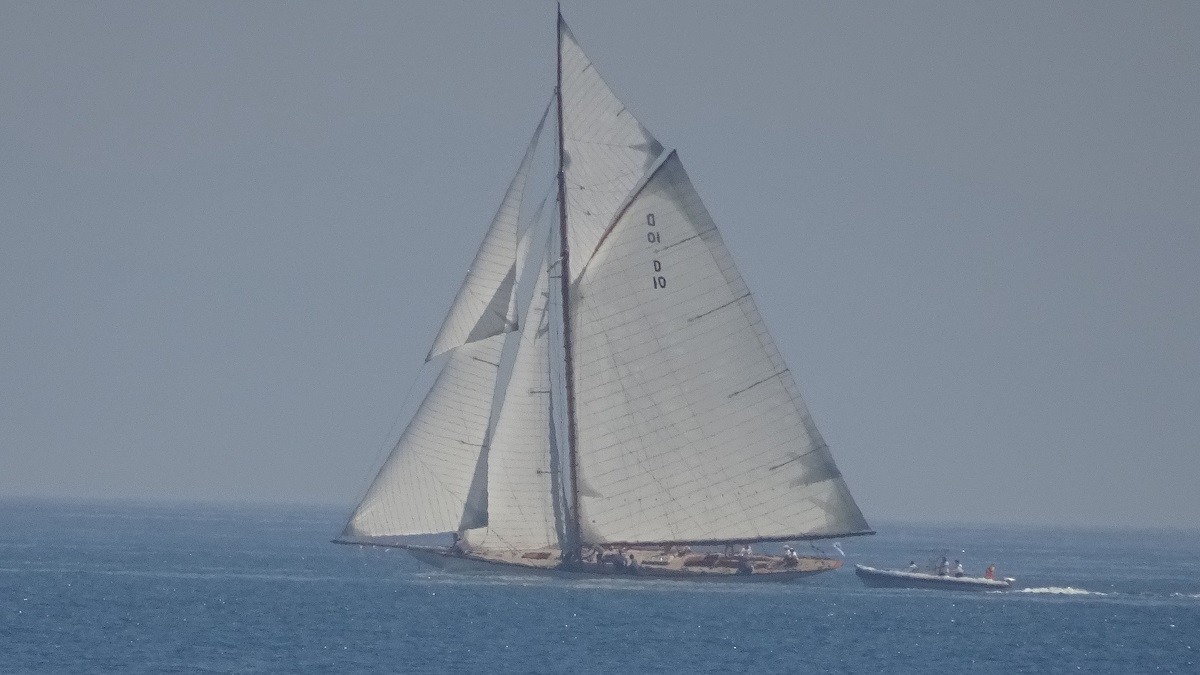 Pineo selected as the official water of the Marina Sotogrande Classic Week 2018.

Marina Sotogrande is set to host the 15-meter regatta for the next three years. Maxence Kavousi, event organiser in charge of liquid refreshment and other matters, deliberately selected Pineo water for the regatta. She discovered Pineo at the El Cortes Ingles department store a number of years ago, and the stylish bottle and exceptionally delicious water remined engraved in her memory. When the subject of water arose on the sponsor agenda for the Marina Sotogrande Classic Week, Pineo was selected out of a field of ten Spanish mineral waters. The taste of Pineo water, the successful and understated design of the glass bottle, the Spanish origin and the Pineo philosophy all contributed to it being a clear choice for Maxence.

Pineo thanks Emma de Acedo of www.rtvlifestyle.com and VenYou Events & Media for helping to make this major event a success. Pineo also thanks Miguel Angel Diez Garcia, Director of Puerto Sotogrande, Dideh Maxence Kavousi as well as the restaurant Don Diego for the great catering. Pineo is proud to be the official water of the inspiring, sporting and fun Marina Sotogrande Classic Week. And we hope that the daughters of Sarah Ferguson, Duchess of York, Charlotte Casiraghi and all the others loved our Pineo water, the regatta itself and all the sights near Sotogrande, such as Gibraltar, Tarifa and Cadiz

Relax in the Marina Sotogrande with Pineo 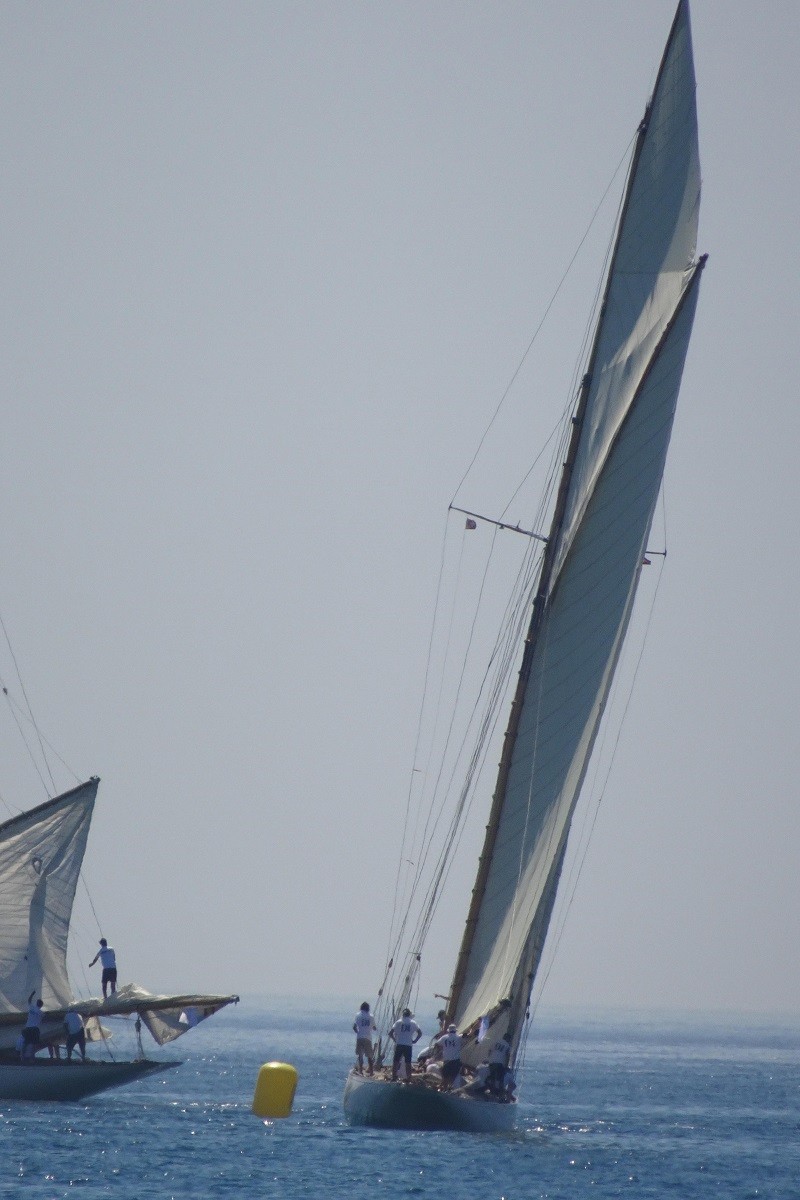 The crew members are preparing for the 15M regatta 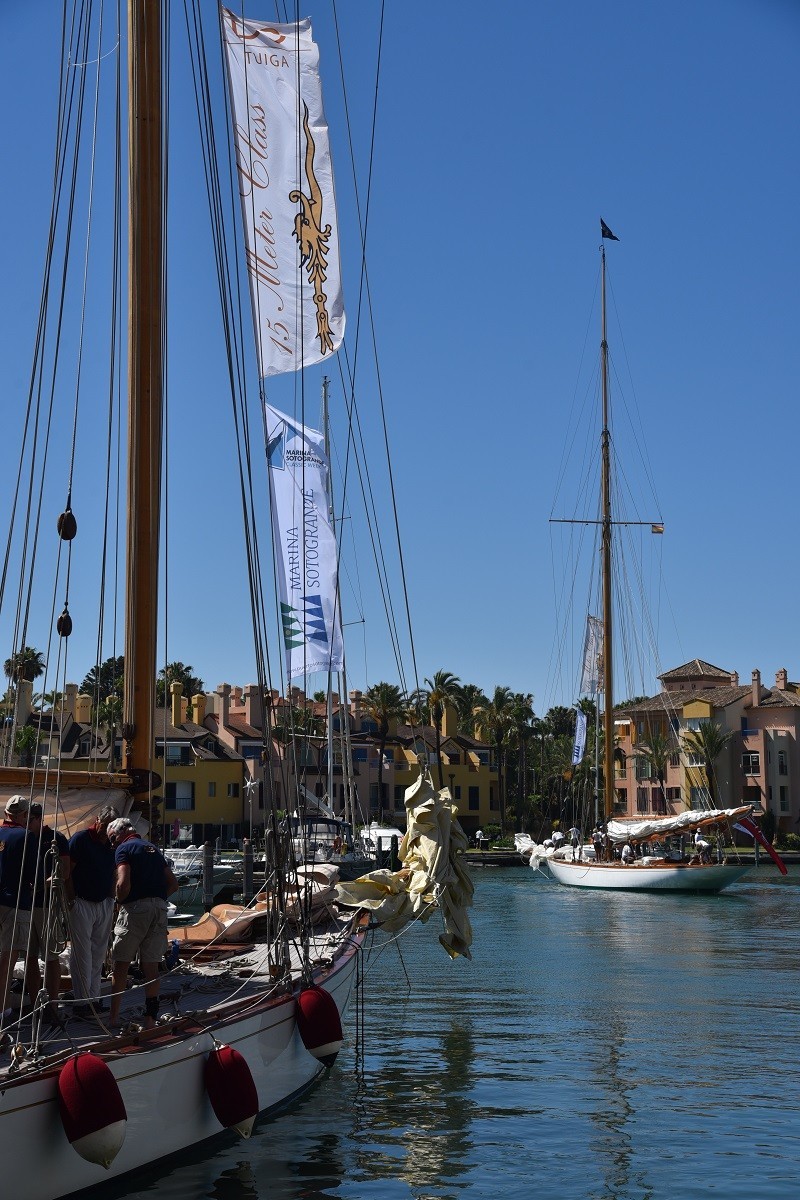 Relax in the Marina Sotogrande with Pineo